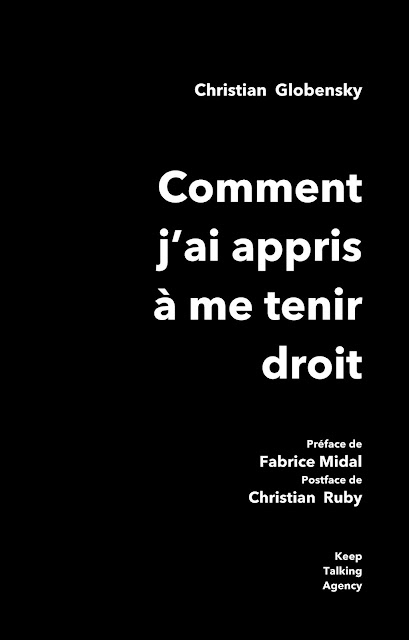 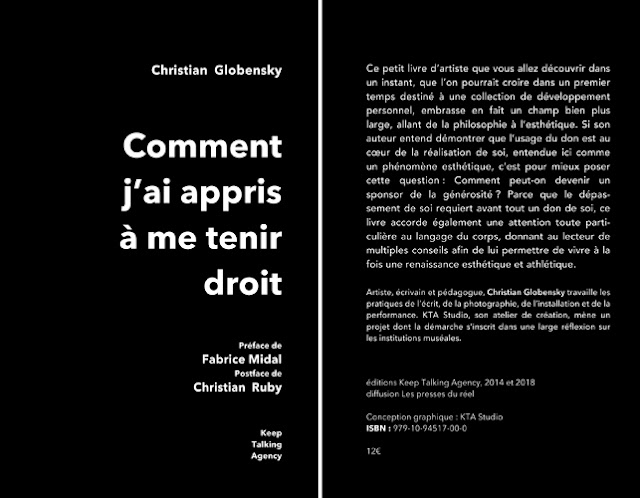 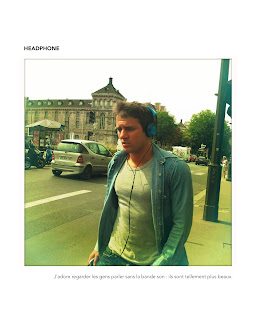 Christian GLOBENSKY: An eco-aesthetics of trust, http://www.cuberevue.c...: Today, there is no longer any doubt that the convergence of the energy and communications revolutions is not only reconfiguring society, soc...
Publié par Christian Globensky à 03:39 Aucun commentaire:

Today, there is no longer any doubt that the convergence of the energy and communications revolutions is not only reconfiguring society, social roles and relationships, but also the status of individuals. Although the communications revolutions are changing humans’ spatial-temporal orientation and, in doing so, are fashioning a new biospheric reality, they are also generating the possibility that an individual conscience, capable of identifying with other unique selves in a form of empathy, may become more apparent. It seems particularly appropriate here to recall two examples of the reconfiguration of individual consciences that show an eco-aestheticization of the individual, in the sense in which it results in greater trust in one’s own autonomy added to the collective well-being of humanity. If Earth is increasingly considered as an artificial habitat whose lithospheric, hydrospheric and atmospheric conditions we are attempting to regulate, we owe this largely to Richard Buckminster Fuller, one of the forerunners of eco-globalisation. Seeing the biosphere as a spatial house, as an “earthship delivered without instructions”, and this was as early as 1969, was Fuller’s real stroke of genius as shown by his Operating Manual for Spaceship Earth, in which he developed his fundamental insight: our planet Earth is not really different from a “capsule […] within which we must survive as human creatures”. After having encapsulated the US Pavilion at the Universal Exposition in Montreal in 1967 — a geodesic dome whose 93-metre structure represented over 75% of the surface of the sphere —, Fuller put the finishing touches to his theory of knowledge and developed a code of global cooperation. Showing the world a new representation of our planisphere, the Dymaxion map (1946), which is a more scientifically accurate and non-hierarchical mapping of the continents, Fuller definitively left behind the traditional aesthetic debate in order to invent a global approach, an eco-aesthetics of trust, by creating a catalogue of the world’s resources, the general trends and the needs of humanity1. A surprising demonstration of the individual conscience reconfigured to the dimensions of biospheric conscience! This phenomenon of the reconfiguration of individual consciences is a constant in the history of humanity and its technological revolutions. If the maps of Antiquity represented the world more as a mental image than as a real space, the globes of the Renaissance were to definitively impose the roundness of the Earth. The secondary effects of the exploits of navigators, combined with the efforts of cartographers, were to propagate an immune deficiency in the Heaven of the Europeans of the Quattrocentro, which paradoxically reinforced the notion of the individual and of individual trust. Although 1492 evokes the European discovery of total otherness, the New World and its indigenous peoples, there is however another date, never mentioned, which is equally important such as it marks the moment at which a new focus on the self and personal autonomy became apparent in the private space of domestic dwellings. It was in 1490, in the Palazzo Strozzi in Florence, that the first individual chair was inaugurated. Previously one would sit on wooden benches backed onto walls or on stools; the chair was reserved for the sovereign, as symbol of their great dignity, and for the Popes, who would endlessly legislate on indigenous peoples’ soullessness while the Bishops sat on their benches and acquiesced. The same can still be said today of the Houses of Parliament in London or the National Assembly in Paris. As strange as it may seem, it was the widespread introduction of the chair in Europe that saw trust in an autonomous and modern individual make its entrance into the history of humanity. Although the idea of the chair was, at the time, revolutionary, it was one of the manifestations of this profusion of light that was opening over Europe and that marked the exit of metaphysical monocentrism by an accelerated transmission of knowledge and the technological mutations of the age. For the first time, the immuno-individual sphere could be symbolically placed at the summit of the social pyramid. Christian Globensky 1 Catalog which is now in New York, the Buckminster Fuller Institute. 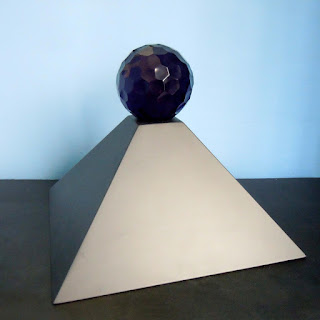 « 1490 » 2012, wood, glass, felt, 30x30x25cm : The work holds a mystery, if we lift the sphere we discover a date directly written on the top of the pyramid : 1490. What does it refer? Immediately, we think in 1492, in the discovery of Americas, nevertheless that’s not the case. (…) So, under the sphere is hidden a date which participated in a radical change, a universalization of the behavior in everyday life. The people, across all classes, reached a comfort of which he was deprived. » Julie Crenn 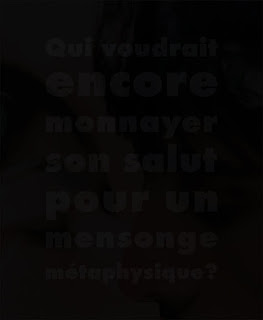